Fleas:  The most common flea in Western Australia is known as the cat flea, some people refer to it as a sand flea but that is more of a reference to where they are commonly located.

The Flea: Fleas are blood suckers and live on animals, however they do occasionally bite and seek a blood meal from humans. Fleas are a small brown insect and vary in size from 1.5mm to 4mm with flattened sides and stiff bristles pointing backward. Fleas are wingless but have long hind legs which enable them to jump up to 2cm at a time to their host. Fleas feed on animals and even sometimes excrete almost undigested blood which dries into dark granules.

What you can do to prevent fleas: It is a well-known fact that cats and dogs are the perfect home for fleas, so keeping your pets up to date with their flea treatments and regularly cleaning their beds, leads and collars is highly recommended. If your pet does contract fleas and require treatment it is a MUST to treat both the pet and the home at the same time. Make sure that all of the pets accessories and bedding is also treated.

Flea breeding facts: Fleas often lay their eggs in or near cracks and crevices in the floor and sometimes eggs are even laid on the host animal. Eggs usually accumulate into large numbers in and around animal bedding and resting places. Flea eggs are oval, about 0.5mm and white in colour. A female flea lays several hundred eggs in batches of 4-8. I takes 2-14 days for the eggs to hatch and the larvae feed on organic debris such as food crumbs, human and animal skin scales and partly digested blood excreted from the adult flea. The larvae stage generally lasts around 2-3 weeks but can extend to several months in unfavourable conditions. The flea forms a cocoon along with debris and other matter from the ground so it is hard to distinguish them from other particles. The cocoon stage usually lasts about 2 weeks sometimes longer depending on temperature. The flea delays its escape from the cocoon until it senses vibrations from potential hosts and can wait for up to a year, this is why you may notice a sudden influx of fleas if you have just moved into a previously vacant property, even if you don’t have pets!

Disease transmission: Flea bites cause irritation and inflammation of the skin, usually on the lower legs and feet in humans. Diseases such as Murine Typhus, mainly associated with rats and mice can sometimes be transmitted into humans. Although it is not extremely common in Australia fleas carry tapeworms that effect dogs, cats, mice, rats, humans and especially young children and this can cause infection when fleas are swallowed during every day activities such as playing with your beloved household pet! Regularly checking the fur on the belly and neck of your pets for fleas is highly recommended.

What Protector Pest Control can do:  As licenced pest technicians our operators have access to some great products to help eliminate your flea troubles and make you and your pet comfortable again! Using a 2 pronged treatment we use a long residual liquid insecticide (used to kill the mature fleas) teamed with IGR’s and IDI’s. These are Growth Regulators and Growth Inhibitors and are relatively new formulations that leave immature fleas vulnerable and unable to grow into adult fleas and reproduce, these are not immediate results but it means that the fleas can no longer re-produce therefore eliminating the infestation. 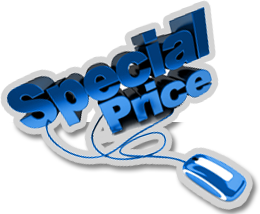